do you know the effects mold can have on your family health? 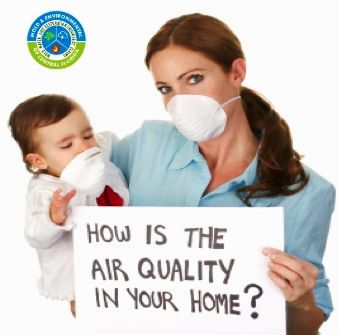 Mold can grow on walls, clothes, books, toys, and even CDs. It can turn prized possessions into musty relics that only look fit for the garbage. But do you know the effects mold can have on your family health?
Have you seen or smelled mold in your home?
Just because you don’t see mold, doesn’t mean it’s not there. It just means it might be hidden in your walls and your HVAC system.

Be careful mold could be very dangerous for you and your loved ones.

Be on the lookout for these symptoms in your family!

People with a mold allergy as well as asthma have a higher chance of having an asthma attack when there is mold in the environment.

Don’t Wait! Mold grows fast and will hurt your health and your property value. Call us now for an Immediate Professional Assessment (754)703-8317
LICENSED / BONDED / INSURED

DO I HAVE TOXIC MOLD IN MY HOME?

Mold can pose a health problem, especially for people with an allergy, an existing respiratory problem, or a weakened immune system. stay alert if you of anyone in the home is showing any of these symptoms.

As mold grows, spores, cells, fragments, and unstable organic compounds can enter the air. They can produce allergens, irritants, and mycotoxins. Some of these can be toxic, especially to individuals who have sensitivity to them.

These particles can irritate the lungs, nose, and throat, especially in a person who already has a breathing problem, asthma, or a chronic lung condition.

A person with a sensitivity or allergy to any mold-related particles may react.

A 2012 study found that infants and young children exposed to mold in the home had an increased risk of developing asthma by the age of 7. The research examined 289 homes and 36 types of mold.

People who are most at risk of the symptoms of mold exposure are:

The main health concerns seem to relate to allergies and irritation, which typically cause respiratory symptoms. People with weakened immune systems may also have a risk of fungal infection.

Don’t Wait! Mold grows fast and will hurt your health and property value. Call us now for an immediate professional assessment (754)703-8317

Some types of mold, such as Aspergillus, can cause a serious health problem, known as aspergillosis, in some people.

There are different types of aspergillosis:

Allergic bronchopulmonary aspergillosis (ABPA): This affects the lungs and can cause breathing problems.

Allergic Aspergillus sinusitis: This affects the nose and can involve a headache.

Aspergilloma, or fungus ball: This can cause a cough, which may produce blood, as well as breathing problems.

Mold can also trigger the production of microbes and bacteria. Exposure to these bacteria may trigger an inflammatory response in some people, according to the World Health Organization (WHO).

The WHO also notes that mold and the microbial agents it produces may increase the risk of bronchial and fungal infections.

There is some evidence that it might lead to:

Some evidence from the WHO and the Centers for Disease Control and Prevention (CDC) suggests that people have experienced the following symptoms after spending time in an environment where mold is present:

Some research suggests that mycotoxins from S. chartarum have a link to serious health problems in people who live in contaminated buildings.

One such health concern is mycotoxicosis — mold poisoning. Others include:

Factors affecting the likelihood of having health problems due to mold include:

Mold can trigger bronchitis in some people.